The first thing you notice about Leesburg Bikefest is that’s it’s not just a bikefest. Leesburg Bikefest is a community event and it’s not just for Leesburg and Lake County, but for all of Florida.  Just ask some of the 300,000 – 400,000 who gathered in this quaint Central Florida community about 40 miles northwest of Orlando this weekend for bikes, babes, booze and bands.  The event is organized by the Leesburg Partnership, a group consisting of the Downtown Merchants Association, the City of Leesburg and the Leesburg Chamber of Commerce. The objective was to develop a five-year revitalization plan for the entire community and it’s obvious it’s working!

Leesburg Bikefest brings the whole community together with a wide variety of music and entertainment on venues set up throughout downtown including those sponsored by Budweiser, Gator Harley, Jagermeister, Rat’s Hole Saloon, Visage and Palace Ale House.  Name entertainment included Candlebox, Steven Pearcy of Ratt, the Outlaws, The Greg Billings Band, the Bobby Friss Band and more.  But Leesburg Bikefest is more than just music—there’s the Tattoo Expo, bull riding, best body contests, cornhole, you name it!!  And don’t forget festival culinary delights that put any state fair to shame.

There’s a generous side to the event as well.  In cooperation with Budweiser, a portion of the proceeds of every Budweiser product sold during Leesburg Bikefest benefits the Folds Of Honor Foundation
providing scholarships to families of America’s injured or fallen soldiers. For more information go to http://www.foldsofhonor.org/

The Leesburg Bikefest is just another big community event that makes Central Florida so special—we can hardly wait till next year!! 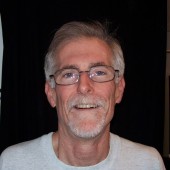 Mick Dolan has been in local radio for 40 year radio career and enjoyed a great deal of success by communicating through mass media---by relating to people, passing along information, entertainment, encouragement and words to live by. It’s all about helping people who need it the most.